●Company Profile●
MY MUSIC CO., LTD. was founded in 1998 by Kiyoshi Teranishi to create a new system for marketing independent music worldwide. Our main services are music production, distribution and publishing.

Music Production: MY MUSIC produces original music works for artist albums, television commercials, television dramas, movies, events and other special occasions. Here are some examples of the kind of work we do:

— MY MUSIC supported the Japanese artist Toshiki Kadomatsu in bringing American drummer Steve Gadd to Japan, to perform in concerts at Nakano Sunplaza (Tokyo) in 2006. The concerts promoted Kadomatsu’s 25th anniversary CD and DVD. My Music has much experience supporting international musicians during their stay in Japan, whether they are performing or recording.

— MY MUSIC coordinated with NHK (Japan Broadcasting Corporation) / Warner Music for the shooting of the nationwide television program “Songs” featuring the Japanese artist Anri, in Malibu, LA, US in 2011. MY MUSIC can work as a bridge between the Japanese entertainment industry and counterparts abroad.

— MY MUSIC provided recording direction for the theme music of the TV drama “Itazurana Kiss” (The Mischievous Kiss) which was broadcasted on Fuji TV in 2013. MY MUSIC has extensive experience directing all aspects of recording, from music to video to promotion materials.

— MY MUSIC provide recording direction for the live performance of the TV program drama “Utatte Iidarou” hosted by Yuzo Kayama which has been broadcasted on BS Asahi TV since 2016.

Distribution: MY MUSIC can facilitate both digital and physical distribution of recordings including domestic and overseas download and package sales through iTunes, Amazon, CD shops and licensing services. A recent example is the licensing of music by AUN J Classic Orchestra to overseas distributors around Asia.

Publishing: As a member of JASRAC, MY MUSIC can register original music and coordinate the copyrights management of various projects. MY MUSIC is the original publisher of the music of Hirotaka Izumi (ex. T SQUARE), AUN J Classic Orchestra and many others.

Recent projects that MY MUSIC has supported show the wide range of capabilities we are equipped to handle:

— Supporting artists or labels as they release original music with direction of production, marketing and sales.

Email: please use the contact form at the bottom of this page. 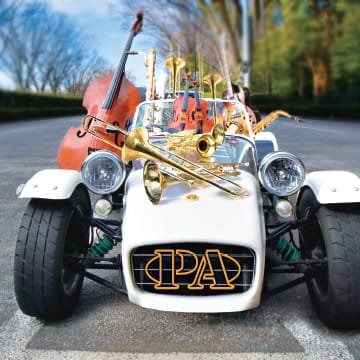